Are You a Late Bloomer? 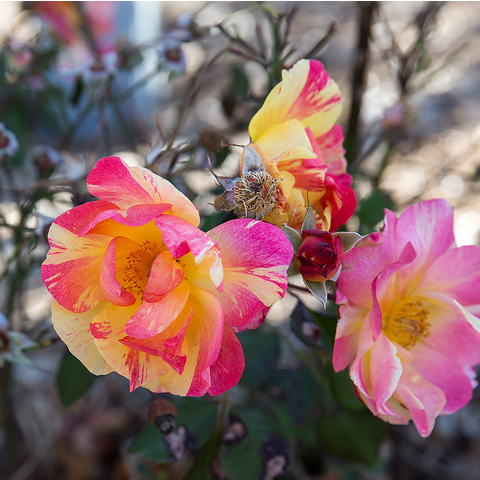 Do you sometimes wonder whether your peak moment has already come — or maybe come and gone unnoticed — or whether your real life is still ahead of you? If you do, read on and be prepared, you may find out that you are a late bloomer.

According to Malcolm Gladwell, author of Blink and The Tipping Point, there is a misconception about late bloomers and it’s the common belief that genius equals youth and early successes. “Genius, in the popular conception, is inextricably tied up with precocity—doing something truly creative, we’re inclined to think, requires the freshness and exuberance and energy of youth.”

However, often this isn’t the case.

If you are lagging in making your mark in the world it may soothe you to hear that Alfred Hitchcock made his most prominent movies between his fifty-fourth and sixty-first birthday. Mark Twain published ‘Adventures of Huckleberry Finn’ at forty-nine and Daniel Defoe wrote ‘Robinson Crusoe’ at fifty-eight.

What are the typical attributes of a late bloomer?

A late bloomer is a person whose talents or capabilities are not visible to others until later than usual. In certain cases, the individual may be as old as 83 and retirement may lead to this discovery.

Due to a variety of reasons –lack of guidance and opportunity, post-traumatic stress disorder or simply having too many interests– late bloomers don’t realize their creative passions until well past their youth. They are typically experimental innovators interested in open-ended exploration. They have a tendency to question themselves and are connected to the world in a way that is different from the “achieve-now” crowd.

Whether you are still trying to find your personal niche or simply haven’t discovered your secret passion yet,  it’s never too late to start your life. I believe that each person has one thing they must do that no one else can and if you keep looking, you will find yours.

As always, thank you for reading.

The Emergence of Talent by Malcolm Gladwell. Late Bloomer, a blog by Debra Eve

Trying to figure out what you are put on this Earth to do? Check out my new book ALIVE. It will help you to find the answers you are looking for.