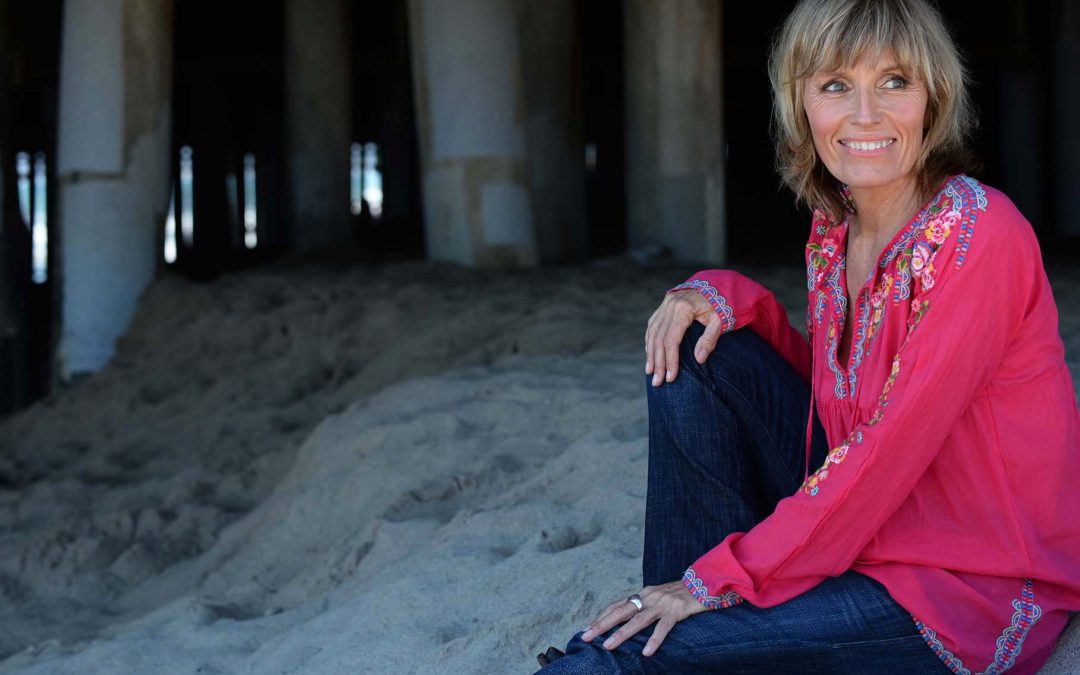 A few weeks ago Brandon Baker of Life Coach Path interviewed me as part of a Coach Interview Series for the National Coach Academy. Read on below about my experience as a coach or check out the full interview on the NCA website.

Our main objective here at the National Coach Academy is to enable aspiring coaches to reach their full professional potential. One of the most effective ways to educate students about the world of coaching is by offering them a window into the world of real, practicing coaches and showing them all the different ways coaches make a difference in the lives of their clients.

We hope today’s interview adds another insightful glimpse into the dynamic world of coaching.

Today we are interviewing Karin Lehmann. Karin is a career coach based in Los Angeles, California.

NCA: Can you describe your coaching practice and the kinds of clients you typically work with?

Karin: I’ve been a coach for 24 years and have done all kinds of different work. I’ve worked with corporations doing leadership and team-building training. I have managed a coaching school and I have trained coaches myself.

I also work with clients individually. These can be executives and entrepreneurs and people that come to me because they’re kind of stuck. They are looking for a career coach, or something is missing from their lives or they are looking to find their innate talent and skills. I would say that’s probably my specialty — talking to someone and pretty soon seeing who they are, who they want to be, and what their gifts are. That’s what I’ve been specializing in over the last few years.

NCA: I noticed on your website that you also offer a coaching academy, is that right?

NCA: This is a bit unique, I think, because most of the coaches that I’ve interviewed, they coach clients of course, but they don’t have their own academy. How does that process differ from coaching individual clients?

Karin: I worked for a coaching company in Times Square, New York. We put on big seminars with 40 to 50 people at a time and train coaches–really teach them coaching skills. I was one of the trainers and when I came out to California and went out on my own, I thought I enjoyed passing on the coaching skills. That’s how the coaching academy came about. I take on individual clients and teach them the skills that you need to coach and read people. I call them aliveness skills. When you read somebody’s aliveness a lot of times that leads to who they are and who they want to be. That’s what I teach people in the coaching academy.

NCA: I see this term come up on your website: “aliveness.” Can you just expand a little bit on what you mean by that?

Karin: When you talk to a person, there are certain times when they get excited, almost electric. You see that their energy rises, there’s a spark that comes into their eyes. That’s what I call aliveness. And most of the time, people then talk from their hearts or their whole being and not so much from their minds.

When they go into their heads and speak from the brain, there is almost a little bit of deadening to what they’re talking about. It’s not as alive. That’s where that concept comes in. That’s what I use in coaching. I listen and watch for aliveness because, in my practice, I’ve seen, when I go down that road with people to where they become more alive, that’s where ultimately their purpose lies. I think that’s what we do as coaches. We look for what’s positive.

NCA: What initially got you interested in this career path when you were younger?

Karin: I was in my mid-30s and had no idea who I wanted to be and what I was good at. I was going through a divorce. I had two little children. It was really scary not knowing how I would be able to make a living on my own. At that time, I came across a person who became my mentor and showed me that I had this ability of listening to people and asking them questions, getting a sense of who they are and what they’re good at. That’s when I first became interested in coaching.

Back in the day, it wasn’t called coaching. I went through a four-year training in high-performance leadership and we would put on seminars and trainings. And then, a few years into my education, life coaching became a thing. That was in ’95-’96, and that’s when we start calling ourselves coaches.

NCA: What kind of degree or certifications did you need to complete, if any, for your coaching career?

Karin: The four-year training program I mentioned was put on by a positive psychologist who had developed a coaching method that focused on a person’s aliveness. I went through a 30-day training each year and then go back and practice what I had learned and receive more training. I got a certification from that coaching school in High-Performance Leadership and Coaching. The certification wasn’t that important to me and in my 20 plus years of being a coach, nobody has ever asked me for my credentials.

When I talk to people who want to become coaches, this is often the main concern. “I need the certification. I need to have a paper that I can show people,” but in coaching, it’s not about that at all. It’s like you have to get over yourself, out of your head, and really become keen on listening to people and seeing or understanding who they are, what they need and where you can help them.

I went through that four-year training and it’s taken me eight years until I thought I was a pretty good coach. I had gone through rigorous training where our noses were rubbed in our opinions and shortcomings and egos and all that. It took a lot of working on myself to become a good coach.

I know the ICF, but I’ve never been to their certification program, so I’m not sure what they require. Learning is a big part. It’s a combination of information and learning and trusting your intuition.

Karin: The most rewarding is definitely when somebody takes a jump, a leap of faith, and goes after what they want. A lot of times people come to me and tell me they’re stuck. But when I dig a little deeper, they already know what they want and lack the courage to go after it. Often because it’s so against everything they’ve learned. My biggest reward is when somebody actually goes for their dream. When a 45-year-old, who is an accomplished Ph.D., says, ”My whole life, I wanted to become a doctor”, and she goes to medical school, takes the exams, and in the end becomes a doctor and really loves doing it–that’s very rewarding.

The most frustrating is working with people that never go for it. I’ve actually quit coaching a few times because I got so frustrated with that. [laughing] Maybe from 95% of the people I work with, there are 3% or 5% that actually really take it to heart and make changes. And that’s a little sad.

NCA: You’re saying that it’s the minority of your clients who you feel take that leap?

Karin: Definitely. And sometimes they come back five years later and say, “You know that thing you told me I should do? I finally did it!”, but it took them five years. So maybe I’m a little impatient. [laughing]

For example, I had a client who was such a talent in his field and we developed his business for him. And then there was this moment where he became scared because he felt such a lack of safety in what he was doing–starting his own business based on his skills and talents. So then he went and got a job. Ten years later, he still has the job and never developed the business that was his passion. That, to me, is the drawback of coaching.

NCA: Can you think of one mentor who really molded the way that you think about coaching? How has that mentor helped your career?

Karin: I had a mentor who had his own coaching school. He showed me that there’s a different way of looking at life. He really got me out of my head and opened this magical world for me where everything is possible. His training was based on positive psychology. It was fact-driven while at the same time being highly spiritual.

I learned a lot about energy, how people impact each other with their opinions, how we are connected to the world and the universe and how that impacts our lives. It was a whole new dimension that opened up when I went into coaching.

I’m a risk-taker and have made huge changes in my life. Over the years, I learned that every person is so different. For some people it takes a lot of handholding, they wouldn’t just make these leaps alone. They have to do it in much smaller increases and steps.

NCA: What is one piece of advice that you would give to somebody who is just starting out in their career?

Karin: Find the best trainer. Look for a mentor and teacher. When I found my mentor, he believed in me and saw something in me that I didn’t see at the beginning. I had no idea that I would be good at coaching. If you want to go into coaching, find a mentor that sees the bigger picture of who you are, someone you resonate with and have a deeper understanding. A big part of coaching is curiosity, so pick a mentor who makes you curious.

My next advice would be to go out and practice. Get your tools and then practice them as often as you can because it all comes down to being out there and doing it.

Karin: Definitely. That’s what I was lucky enough to do with my mentor. I sat in classes and seminars with him and was translating. I’m German, he’s American. We would do trainings in Germany and I would sit next to him and translate what he said into German and I learned so much just by being in that environment and by being around someone who’s excellent at what he does. That’s what really moved me forward fast. It’s so valuable.

Something that’s also very important and that I see a lot of coaches struggle with it is building their business. When I coach coaches, it’s often the last thing they want to look at. Business skills are really, really important; otherwise, you won’t make it as a coach. Not only do you have to learn how to coach, you also have to learn how to build a business–how to be an entrepreneur.

If you approach it with curiosity, building a business can be so much fun. It’s like raising a child or planting a garden. You want to grow it one step at a time. It’s, in that way, like coaching itself. You want to stay curious and ask yourself, “Okay, what type of marketing is good for me, what fits me?” Because one approach doesn’t fit everyone. Not everybody has to be on social media and market themselves there. Not everyone has to write blog posts. If you can bring that sense of curiosity to your business, building it will become really, really fun.